Apicomplexan parasites, such as T.gondii and P.falciparum exhibit a complex life cycle, involving transmission and differentiation within and between different hosts. Host cell invasion is a multistep process consisting of host cell attachment, parasite reorientation, tight junction (TJ) formation and host cell entry. Consequently a delay or block in each of these steps leads to a reduction in overall invasion rates. During invasion of the host cell the parasite uses a unique form of movement, called gliding motility. Until recently it was believed that gliding motility is powered by the parasites actin-myosin-system. However, our recent results demonstrate that the parasite remains motile and invasive in absence of key molecules of this machinery, leading to the conclusion that the current models for gliding motility and invasion need to be revised, an alternative motor/machinery can be used by the parasite or that the current model is wrong.

Together with our collaboration partners we use a multidisciplinary approach involving reverse genetics, mathematic modelling, biophysics and systems biology to find answers to the current conundrum. 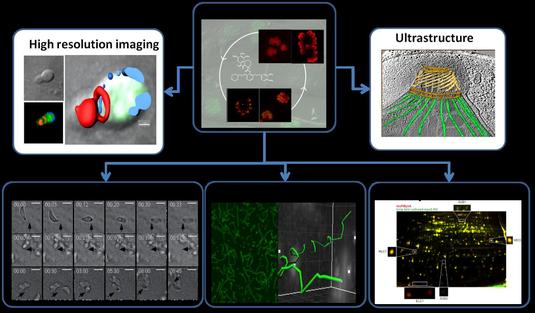